We get a lot of great music through the studio and work with some amazing artists. Amber Ladd is one such artist, whose album ‘HEARt’, was sent to our studio for mastering earlier this year.

Based in Toronto, Canada, Amber has always been a singer, plying her trade in alternative rock bands since school. In the last few years though, Amber has taken a different direction, foraging into the world of electronic music, specifically the trippy, down tempo, 8-bit sample sort. Think big bass, big beats, big vocals and you’re on the right track.

Check out the first track from the album called Manic;

We asked Amber what influenced this change in style;

‘I didn’t really like the kind of music I was playing any more. I used to go out a lot to dance all night at clubs where they played electronic stuff – but house music wasn’t entirely my bag either. At one point I took a few weeks and relistened to every album that had ever been my “favourite” since I started listening to music. Everything from Radiohead to Rage Against the Machine, Bjork and Tool. So complete opposite ends of the spectrum. 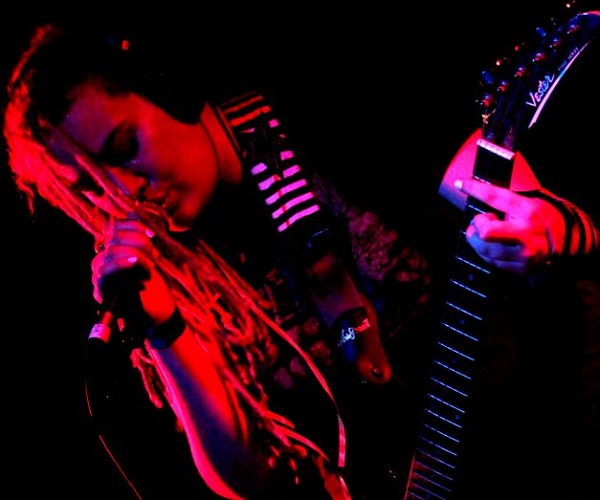 At that time, surprisingly few electronic acts made the list – this was the time I got into jungle and dubstep – which electronic-wise are my loves. I’ve since gotten to know creative, more fringe acts like the roster signed to Ghostly, Mux Mool’s label. These styles rock my world.

The thing I know now about electronic is there are no rules. I guess I discovered that a little while later when I started working on my first album, tRip.’

The following track Butterflies was one of our favourites from the album;

We also asked how the album was put together;

‘I put the whole thing together in Garageband. I really just tried to put together what I wanted to hear. I had no idea what I was doing, or how/if I would ever do it live. But there was some magic there in the fact that I was re-inventing myself and starting over on a new path. Luckily, I got some attention straight away from High Times Magazine and moved to the states for a while, working as a Nanny and playing shows in Denver, Boston, New Jersey and Philly.

I gradually developed a show and a style as well, recording 3 more albums and releasing 2 over the 4 years I lived there. By the time I came back to Toronto this year I was a new person and a new artist. I’ve gained a ton of equipment, practice and knowledge, and put a cool live show together, which includes looping my voice live on an RC-50. I still put everything together myself but now I do different things in different programs.’

Check out this cool video of Amber playing live;

‘This album feels to me like the surest I’ve been style-wise since the start. I think over the years I’ve developed the skills to back up the ideas.’

We love the album and it was an enjoyable project to work on with Amber. We’re already looking forward to mastering Amber’s next album!

You can listen to and buy HEARt from the following outlets;

Find Amber on the web at;